Following an angry government debate, the Netanyahu government decided to accept the recommendations of Minister Uri Ariel (Bayit Yehudi). Ariel recommended that all laws directly affecting and relating to citizens be automatically applied to citizens living in Judea and Samaria without special additional legislation or rulings. The Ministry of Justice has been told to begin working on this significant change to have it apply within the next few months, according to a report by the Tazpit News Agency.


MK Orit Struck (Bayit Yehudi) recently initiated a doppelganger bill so that a new labor law for women, would also apply to women in Judea and Samaria.

Surprisingly, her bill raised the hackles of certain members of the Knesset, and in particular Minister Yair Lapid and his Yesh Atid party, who attempted to block the legislation from passing.

As a result, the discussion was elevated to the level of the government, where in the end Minister Uri Ariel’s position was accepted.

Ariel argued that Israeli citizens in Judea and Samaria fulfill their obligations as every other citizen of Israel does, and it makes no sense that they need to fight separately that every law will also apply to them.

Previously, Ariel taunted Lapid with a variation of Lapid’s campaign slogan, “If there are no rights, there are no obligations”, openly stating that if Israeli citizens in Judea and Samaria don’t benefit from the rights of Israeli law, then why should they have the obligation to pay income and VAT tax. 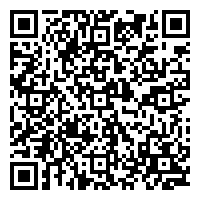