by Ilana Messika
Prime Minister Benjamin Netanyahu and Education Minister Naftali Bennett announced plans at Tuesday’s cabinet meeting for the 2016-2017 school year scheduled to begin on Thursday with a focus on the need to instill Zionist values in a more effective manner throughout the school curriculum.

“Our goal is to revolutionize education. This revolution will be based on two things—excellence and Zionism,” declared Prime Minister Netanyahu.

The prime minister also stressed the importance of a comprehensive education for all of Israel’s youth.

“Whoever receives an education also acquires skills in computing, mathematics, the sciences, English, and in general history. We want to bequeath all of these to all the children of Israel, Jews and non-Jews alike, religious and secular,” he explained.

Netanyahu insisted that students’ potential could be maximized through the implementation of an internet-oriented system that would permit teachers to better interact with students.

Education Minister Bennett also announced that the education system would now function in a more personalized manner with smaller classes and more assistant teachers in kindergartens, amounting to an addition of 4,600 new professionals.

The education minister also discussed the need to better inculcate Jewish-Zionist values into the curriculum.

“We need to highlight our national values, Zionism, love of country and service to the state, and the strengthening of our shared Jewish roots.” Bennett emphasized. 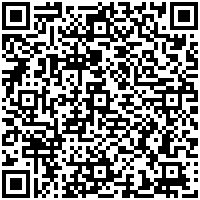