In 2015, about 212 million people were infected with malaria and an estimated 429,000 died from the disease, which is transmitted by mosquito-borne parasites.

As Israeli researchers investigate solutions for preventing and treating malaria, an Israeli company founded in 2010 has developed a device that helps labs around the world detect malaria rapidly, reliably and automatically using unique computer vision-based algorithms for identifying blood-related diseases.

About 70 percent of the 500 million malaria tests done annually are performed using manual microscopy, which is slow and only as reliable as the person processing the test, explains Sight Diagnostics CEO Yossi Pollak. The other 30% are done with rapid tests that are not sufficiently accurate.

“It was pretty clear everywhere we went that current solutions are inadequate, and that a ‘high-tech’ solution is needed,” says Pollak.

That solution is a diagnostic platform that operates on microscopy images of human blood.

Sight’s first product, the Parasight malaria detection device, completes malaria tests in less than four minutes with more than 99% accuracy for sensitivity and specificity. It also identifies the malaria species and counts the exact number of parasites per microliter. Results are automatically uploaded to the lab information system.

“The underlying technology is machine learning and computer vision, so this kind of system improves with the expansion of our database,” says Pollak.

“Our devices performed several hundred thousand tests in the field over the past year, allowing us to upload interesting samples to our servers and improve the machine-learning system to be even more accurate and detect earlier.”

Last April, Sight Diagnostics announced a collaboration with US medical technology company Becton Dickinson to introduce Parasight in India, where most malaria testing is done only during the rainy season and requires training a new crop of technicians each time.

“We also hope to start collaborating with various NGOs to bring our device to markets that need it most,” says Pollak. “As the device requires minimal training, it can bring accurate diagnosis to locations that do not have access to microscopy technicians.”

Parasight was designed for central labs, while a portable point-of-care version suitable for smaller facilities will soon be introduced. The new version will also be capable of performing a complete blood count (CBC) — a first for a computer-vision platform.

In a few months, the US Army Medical Research Directorate Kenya will help develop and test this next-gen Sight technology at its field station in Kisumu, Kenya. The US Food and Drug Administration approval process is underway.

CBC is the most prescribed blood test worldwide, with more than 4 billion tests annually. As opposed to malaria, which mostly affects tropical and subtropical regions, CBC is a challenge everywhere because accurate technologies are expensive and central-lab based, Pollak says. Sight’s novel point-of-care CBC device addresses that problem.

And it also addresses the challenge of finding individuals who don’t get tested for malaria because they have no symptoms but nevertheless are infected and are transmitting malaria unknowingly.

“Since CBC is a routine test, integrating the malaria test into the CBC is a smart way of scanning large populations for malaria without additional effort,” Pollak explains.

Several additional applications in Sight’s pipeline for the coming few years will be easy to add onto the core platform, Pollak says. These could include applications for many “neglected” diseases such as African sleeping sickness, for which there are no current diagnostic tools.”

The 30-employee company recently completed a $15 million funding round led by Chinese-Israeli VC Go Capital, with participation of other VCs and the OurCrowd equity crowdfunding platform. Sight has offices in Jerusalem and Tel Aviv. 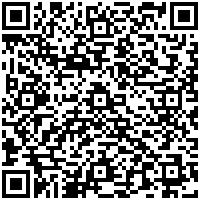