Israel’s first autonomous underwater vehicle (AUV), the HydroCamel II, is to debut this Thursday (Oct. 19) at the NexTech Conference 2017 in Be’er Sheva at the Advanced Technologies Park next to Ben-Gurion University of the Negev.


The new technology was developed by researchers at BGU’s Laboratory for Autonomous Robotics (LAR).

HydroCamel II will be introduced at the conference by a new company, BGR, which is to be launched by BGN Technologies Ltd., the technology company of the university.

The 2.5 meter-long AUV is intended for commercial use in the military, security, oil and gas sectors, as well as environmental applications and marine research. Tzvika Goldner has been named CEO of BGR, with headquarters in Be’er Sheva at the Advanced Technologies Park. 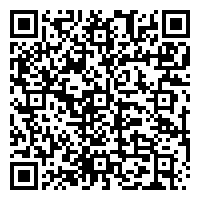