The Israel Broadcasting Authority (IBA), a rusty and overweighed government body that has been threatened with a shutdown because of mismanagement and leftist bias, now has been exposed for billing dead people, including fallen soldiers.

An old law gives the IBA the opportunity to rake in money by letting it bill anyone who owns a television.

The IBA has been known for years for billing parole who do not own a television, but Globes business newspaper revealed that it sent out bills to at least six families in the name of their sons who died in battle or terrorist attacks.

Menachem Nevenzhal, whose son Yair was killed in a terrorist attack in 2001, told the newspaper that he sent a copy of the bill to Communications Minister Gilad Erdan. He wrote the minister, “During my last visit to the military cemetery, I did not find any television on the grave” of his son.

Ironically, the Defense Ministry pays the fees for television owned by families of fallen soldiers.

The IBA told Globes, “The Broadcasting Authority is aware of the incidents and expresses its apologies to the families of the fallen soldiers .We promise them that we will take action to prevent future incidents. 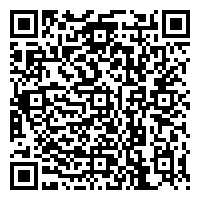