Members of the Leviathan consortium, which includes Israel’s Delek group and the U.S.-based Noble Energy firm, signed a $10 billion contract on Monday to supply the Jordan Electric Power Company with natural gas for 15 years, beginning in 2019.

With the new agreement Israel will have become Jordan’s largest supplier of natural gas, providing the Hashemite Kingdom with approximately 45 billion cubic meters of the energy resource.


Israel’s Likud Energy Minister Yuval Steinitz called the deal “an extremely important national achievement,” according to Channel 10 television news. “This is an important milestone in strengthening the ties and strategic partnerships between Israel and Jordan and the entire region,” he emphasized.

Yossi Abu, CEO of Delek Drilling, was quoted by the Hebrew-language NRG news site as saying the deal “establishes the Leviathan oil field as a serious player on the energy map… It will contribute to the prosperity of [both] Israel and Jordan.” 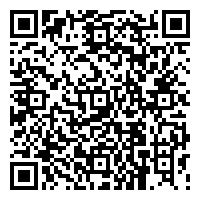