Italian Prime Minister Matteo Renzi vows that from now on his nation will vote against anti-Israel resolutions like the one passed by the United Nations Education, Science and Cultural Organization (UNESCO), obliterating Judaism’s historic link with Jerusalem.

Italy abstained in the vote, as did 25 other nations, while 24 member states voted in favor of the resolution. Only six countries had the courage to oppose the resolution advanced by the Palestinian Authority, which labels the Temple Mount and the Western Wall solely by their Muslim names and refers to them only as Islamic holy sites. The resolution contains one single line referring to the Old City of Jerusalem and its walls as being holy to Islam, Christianity and the Jewish people – in that order and worded in that way.

On Friday, Renzi told an Italian radio station during a visit to Brussels, “It is not possible to continue with these resolutions at the UN and UNESCO that aim to attack Israel.

“It is shocking and I have ordered that we stop taking this position (abstaining) even if it means breaking ranks from the position taken by the rest of Europe.

“I have asked diplomats handling these issues to cease doing so. If anyone wants to say something about Israel, let them say it, but they shouldn’t use UNESCO…

“To say that the Jews have no links to Jerusalem is like saying the sun creates darkness,” Renzi said.

The Italian prime minister also vowed to summon Foreign Minister Paolo Gentiloni when he returns home, to determine why Italy abstained, instead of voting to oppose the resolution.

Israeli Prime Minister Benjamin Netanyahu thanked Renzi on Saturday for opposing the resolution. In a statement, Netanyahu’s office said the two premiers spoke on Saturday and that the Israeli prime minister told Renzi that “even the theater of the absurd has limits.”

Israel’s Foreign Ministry spokesperson Emmanuel Nachshon meanwhile warmly congratulated the Italian government and prime minister for his statement. “We hope Italy guides the way for other European countries, and countries all over the world,” Nachshon said.

Parliamentarians from 17 nations visiting Israel last week also condemned the resolution in a statement, calling it “disconnected from reality.” The lawmakers said they would work towards international recognition of Jerusalem as the “undivided, eternal capital of the State of Israel.” Among the nations represented were Italy, Netherlands, Spain, Switzerland, South Africa, Uruguay, Chile and Costa Rica. 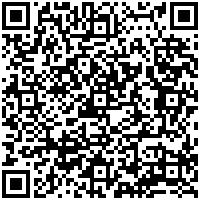