For some Israeli farmers, the Shmitah year still has a long way to go — another year, in fact.

According to Dave Matkowsky, founder of The Shmitah Fund, observance of Shmitah does not actually end with Rosh HaShanah, the start of the new, eighth year.


The time that farmers can replant, or begin their crops anew, actually varies according to the crop due to a combination of agricultural, economic and halachic (Torah legal) reasons.

“It will be much harder in the eighth year than in the seventh.”

Matkowsky, an alumnus of Yeshiva University, established the nonprofit organization in order to ease the financial burden of Israeli farmers who are fulfilling this central religious-national imperative.

“The ability of the Jewish nation to flourish in the Land of Israel is intrinsically connected to Shmitah,” Matkowsky told JewishPress.com. “But it’s time for us to do our part. The farmers will not make it without our help.”

For the farmers and their families, the challenges of shmitah do not end with replanting, but only months later with the harvest and ability to bring their crops to market, Matkowsky explained.

“Halachically, fruit trees are prohibited until the new crop begins to reach maturity in mid-April, 2016. Some crops can be planted beginning in November 2015 (grains, potatoes, carrots, beets, onions, etc)

“Other crops cannot be planted until May 2016 because of their natural agricultural cycle (eggplant, zucchini, squash, etc.)

“Crops typically cultivated in greenhouses and hothouses (tomatoes, peppers, cucumbers, leaf vegetables) cannot be planted until April 2016 for economic reasons; the cost of planting sooner would exceed revenue and farmers would be forced to sell at a loss,” he added.

Currently there are 3,453 Shmitah-observant farmers who need help to get through this cycle and get back on their feet, according to Matkowsky.

The budget for the last Shmitah was $15 million. This cycle, with over 1,000 additional farmers, will cost $22.5 million.

TAU, IAA in Research Revealing Evidence of Trade between India and Israel 3,700 Years Ago 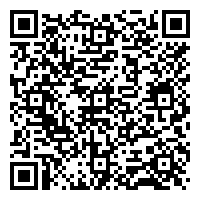