Between the year 1000 and 1400, roughly the time of the crusades (1095-1291), the city of Jerusalem became the most significant place in the known world, an object of desire to people from as faraway as Britain and even Scandinavia and Iceland to India. This universal preoccupation with Jerusalem, ushered a most creative period in the city’s history, the subject of a new exhibition opening Tuesday, Sept. 26, at The Metropolitan Museum of Art.

The exhibition, “Jerusalem 1000–1400: Every People Under Heaven” demonstrates the enormous influence of the city, sacred to the three monotheistic religions, on the art of that time.


“While Jerusalem is often described as a city of three faiths, that formulation underestimates its fascinating complexity,” says the exhibition’s web page. “In fact, the city was home to multiple cultures, faiths, and languages. History records harmonious and dissonant voices of people from many lands, passing in the narrow streets of a city not much larger than midtown Manhattan. This will be the first exhibition to unravel the various cultural traditions and aesthetic strands that enriched and enlivened the medieval city.”

More than 200 works of art have been gathered from some 60 lenders worldwide, with a quarter of the objects arriving from Jerusalem, including key loans from the city’s religious communities, some of which have never before shared their treasures outside their walls. “Jerusalem 1000–1400: Every People Under Heaven” bears witness to the crucial role that the city has played in shaping world culture, a lesson vital to our common history.

The following are notes from the museum’s website, accompanying the exhibition.

“Beginning in about the year 1000, Jerusalem captivated the world’s attention as never before. Why did it hold that focus for the next four centuries?

“A kind of Jerusalem fever gripped much of the world from about 1000 to 1400. Across three continents, thousands made their way to the Holy City—from Jewish, Christian, and Islamic traditions alike. Generals and their armies fought over it. Merchants profited from it. Patrons, artists, pilgrims, poets, and scholars drew inspiration from it. Focusing their attention on this singular spot, they praised its magic, endowed its sacred buildings, and created luxury goods for residents and visitors. As a result, the Holy City shaped the art of this period in significant ways.

“Dramatic circumstances, including natural disasters, political turmoil, intense religious fervor, and an uptick in world travel, brought new attention to the city. In the 1030s, the Fatimid caliph who ruled over Jerusalem forged an agreement with the Byzantine emperor to rebuild the Holy City after a series of earthquakes and the malfeasance of his predecessor. In 1099 European Christians achieved their improbable dream of conquering Jerusalem. In the wake of their bloody victory, they created glorious buildings and works of art for nearly a century. In 1187, the military leader Saladin (1137/38–1193) retook the city and rededicated its Islamic sanctuaries. In the late 1200s through the 1300s, Mamluk sultans blessed with stable reigns promoted the city as a spiritual and scholarly center.

“Throughout these years, the city was home to more cultures, faiths, and languages than ever before. As the site of both conflict and coexistence, it inspired art of great beauty and fascinating complexity.”

One of the exhibition’s many galleries is named “The Absent Temple.” It cites instructions from an early 11th century guidebook for Jewish pilgrims regarding a visit to the Temple Mount: “If you are worthy to go up to Jerusalem you should observe the following procedure: If you are riding on a donkey, step down; if you are on foot, take off your sandals, then rending your garment say: ‘This our sanctuary was destroyed.'”

But even with no Temple to visit, Jewish pilgrims flocked to medieval Jerusalem. They came to mourn the destruction of the Temple and pray that it would one day be rebuilt. Their prayers largely took place not within the city but around its walls. They made a circuit of the city’s gates—a custom that was revived after the liberation of Old Jerusalem in 1967—concluding at the eastern Gates of Mercy, built over an ancient gateway to the Temple. There they might scratch their names and prayers into the stone. They then ascended the Mount of Olives, the historic site where it is believed that the Divine Spirit will return at the time of Redemption. This significant spot east of the city afforded the best vantage point from which to gaze upon the Temple platform.

The installation features specially commissioned videos that provide subtle glimpses, as through windows, of the varied and colorful panorama of Jerusalem with its ever-present medieval monuments. Complementing the videos are short interviews with some of the fascinating men and women who maintain the city’s medieval legacy. 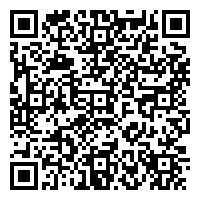