The city of Jerusalem is hoping to create a “clean air” center downtown in a project city hall says will improve the health and quality of life for Jerusalem residents.

The City Council approved last Wednesday a new municipal “reduced emission area” bylaw that restricts the entry of heavy and polluting vehicles into the city center. Its enforcement is planned through cameras and a computerized system which will analyze the details of entering vehicles, according to the vehicle’s license plate.


The defined area includes the city center, from Haneviim St. to the north, Strauss St. and King George St. from the west, Agron St. from the south, and Heil HaHandasa St. from the east, including all roads bordering the area.

Six months later, the plan will expand to include the hareidi religious business district into a reduced emission area as well, according to a release from the city.

“The decision will lead to a significant improvement in the quality of life and air quality in the city center, reduce transportation loads, and turn the center of Jerusalem into one of the areas with the cleanest air – ‘mountain air clear as wine'” said a statement from the municipality.

Beginning on July 1, 2018, drivers will receive messages about the prohibition; by January 1, 2019, enforcement of the new law will take effect. 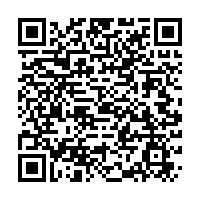