Arab police officers questioned and detained kipa-wearing Jews at the Jaffa Gate to the Old City of Jerusalem on Yom HaAtzma’ut, Israel’s Independence Day ahead of a scheduled march demanding Israel reestablish its sovereignty on the Temple Mount. No provocation was apparent prior to the questioning and arrests.

Police also confiscated signs the group held without even looking to see what they said, according to an eyewitness who watched as the Jews gathered for a march to the Temple Mount.

As the march began from Jaffa Gate, the group of 25 protesters was not permitted to march through the Arab souk (market) in order to prevent violent protests by Arab shopkeepers. Instead, police funnelled the group southward through the Armenian and Jewish Quarters as they chanted, “Lo Niten Et Ha Bayit L’Oyev” (“We won’t give the Temple to an enemy”) and “Ha am doresh et ha har l’ishachrer,” (“The People demand the liberation of the Temple Mount”)

“Yesterday we marked Yom HaZikaron (Memorial Day) (for fallen Israeli soldiers). Today is a day of mourning for Israel’s independence,” one of the activists told The Jewish Press.

As the group moved through the Jewish Quarter, most bystanders looked on with mild curiosity, but one group of observers – members of the radical leftist Ecumenical Accompaniment Programme in Palestine and Israel (EAPPI) looked on with clear distaste. The group, comprised of foreign nationals who volunteer to support Palestinian Arab aggressors against IDF troops, believes the Temple Mount should belong solely to Muslims.

“The Temple Mount does not belong to Jews,” members of the group told The Jewish Press bluntly they believed the

“Yes, that’s correct,” said the EAPPI activist, who refused to give her name and would not allow her photograph to be taken.

Temple Mount activist Noam Federman told protesters that Israel must liberate the site, not only in order to rebuild the Holy Temple but also to make clear – to Jews and Arabs alike – that Israel is the sovereign power in Jerusalem, and has no intention of changing that reality.

As the parade wound its way through the Jewish Quarter towards the Arab souk next to the Temple Mount, more than a dozen Border Police and Jerusalem police officers formed a human chain at the corner of the souk and HaKotel Street, several hundred meters to the west of Cotton Merchants Gate, in order to prevent marchers from proceeding towards the Temple Mount.  After a 20 minute standoff and a tense service for the afternoon Mincha prayer, protesters clashed with police, who proceeded to force the gathering south towards the Kotel plaza.

No injuries were reported, but Israel News reporters that four individuals were arrested. 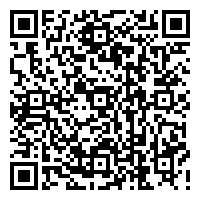