On Tuesday afternoon, Jerusalem fire fighters evacuated dozens of residents from three buildings in the Armon Hanatziv neighborhood in Jerusalem after multiple gas lines inside the different buildings were found severed.

A burning candle and other flammable materials were discovered near one of the cut lines.


Police believe the lines were intentionally cut in an attempted terror attack.

The gas lines were shut down and the buildings were ventilated.

The police are currently investigating the incident, with leads to the adjacent Arab neighborhood of Jabel Mukaber.

A Jerusalem Fire Department spokesperson stated that the fire fighters’ quick action and decisiveness prevent a large scale disaster, “They prevented a tragedy while putting themselves in a great personal danger,” he said.

Two months ago a couple and their infant were killed in a gas leak blast in the Jerusalem neighborhood of Giloh. Another 11 were wounded, including one severely.

A month ago a building collapsed in Acre as a result of sabotage of the gas lines in the building, killing five. 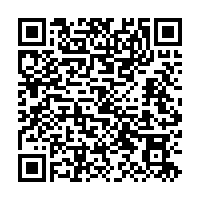