Arab terrorists attacked the Jerusalem Light Rail in the evening on Tuesday.

The attackers hurled large rocks at the train as it passed through the northern Jerusalem neighborhood of Shuafat.


None of the passengers were physically injured but at least one of the windows in a car on the train was smashed, requiring the train to be taken out of service.

The train is often attacked by Arabs in northern Jerusalem, costing the CityPass company that owns the rail line hundreds of thousands of shekels each year in repairs. 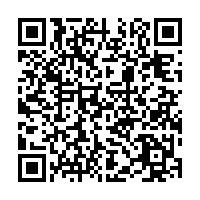