Jerusalem Mayor Nir Barkat urged the city’s residents not to allow the fear of terror to rule their lives despite the fallout from the “difficult terror attack” that took place at the beautiful promenade overlooking the Old City of Jerusalem on Sunday (Jan 8).

“To our dismany, there is no limit to the cruelty of the terrorists who are willing to use any means possible to murder Jews, and to damage the daily life of Israel’s capital,” Barkat said in a statement to media just a few minutes after the attack occurred.


But, he added, “Those who incite and fan the flames and those who support terror must pay a heavy price.

“I call on the residents of Jerusalem and the country at large to be alert, and despite this difficult terror attack, to carry on with your daily routine,” he said. 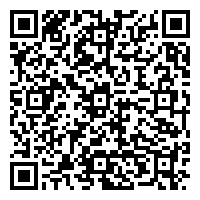