A 60-year-old Orthodox Jewish man attacked Monday night in Jerusalem by an 18-year-old Arab from the Palestinian Authority is slowly improving at Shaare Zedek Medical Center.

He ran towards the Lion’s Gate to seek help from the security force there after being stabbed in the back by the terrorist in one of the alleys in the Old City.


The man’s lungs were penetrated by the knife, according to hospital officials, requiring drainage as well as a blood transfusion.

He is listed in serious condition in the hospital’s Intensive Care Unit.

The stabber initially escaped after the attack but was caught hiding in a nearby basement a few hours later. 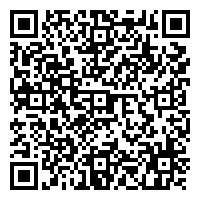