The Jewish Agency said it would offer immediate emergency assistance to Ukraine’s Jewish community and will help secure the country’s Jewish institutions.

Saturday evening’s announcement by Jewish Agency Chairman Natan Sharansky came hours after Ukrainian President Viktor Yanukovych fled Kiev and the Ukrainian parliament announced new presidential elections for late May. Violent protests led to the deaths of dozens in the days leading up to the coup.

There are about 200,000 Jews living in Ukraine, most in the Ukrainian capital Kiev, according to the Jewish Agency.

Sharanksky said in a statement that Ukraine “one of most vibrant Jewish communities in the world, with dozens of active Jewish organizations and institutions. Recent events have shown that we must strengthen these institutions’ security measures. We have a moral responsibility to ensure the safety and security of Ukraine’s Jews,” said Sharansky.

Sharansky told Jewish Agency leadership on Saturday night that the organization is in “constant contact” with the Jewish community leadership in Ukraine, and is following events there closely.

Rabbi Moshe Reuven Azman told the Israeli daily Maariv that he advised his congregation to leave Kiev and the country, if possible. Azman closed the Kiev Jewish community’s schools due to the violence, Maariv reported. Azman also told the newspaper that the Israeli embassy advised the members of the Jewish community to remain in their homes. 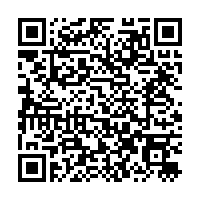