The Jewish Agency is making plans to settle 120,000 Jews — one in every five French Jews — over the next four years.

The project sounds fanciful if one looks at recent history, but radical Islamic terror and country-wide anti-Semitism have cast a shadow of the Nazi era over Jews in France.


The Jewish People Policy Institute, the Jewish Agency’s think tank, is drawing up plans for opening up job opportunities to attract French Jews, who enjoy a relatively high standard of living.

The number of Jews from France who moved to Israel last year was 7,000, a small number by itself but a dramatic jump from previous years. Jewish Agency chairman Natan Sharansky has said he anticipates 15,000 Jews from France to make Aliyah by 2016, but the Agency’s think tank has bigger plans.

If history repeats itself, the project for mass Aliyah will create lots of work for Jewish Agency , inflate its budget and bring in only a trickle of results.

Aliyah from Western countries never has been very impressive except in the hey-day of Israel’s victory over Arab enemies in the Six-Day War in 1967.

Since the 1970s, the only really impressive Aliyah has been from what was the Soviet Union, from where more than 1,000,000 Jews — and 300,000 people who were not Jews according to Jewish law — moved to Israel.

But Jews have a tradition of enjoying a good life in the Diaspora, hanging on until they are expelled or often trying to flee after it is too late.

Fear and loathing have not yet sent shivers down the spines of American Jews, most of whom consider Israel a place for hapless Jews who cannot survive elsewhere. The “Golden Medina” has been a tough nut for Aliyah ever since the re-establishment of the State of Israel in 1948.

On a trip to Baltimore in 1951, Prime Minister David Ben Gurion told rags to-riches millionaire Jacob Blaustein of expectations of the Aliyah of thousands of Jews every month, to which Blaustein retorted, “American is our home.”

Just think if one in every five American Jews were to make Aliyah. The economy would boom. The so-called “demographic problem” of an Arab and Bedouin population dominating Jews would disappear.

If even 10 percent of 1 million American Jews were to settle in Judea and Samaria, there would be no question about its place in Israel.

But Americans do not face the imminent threat that has caused French Jews to panic and fear.

The Jewish Agency plans are not a pipe dream.

“I was in Netanya this past Shabbat, and everyone is talking about the Aliyah of Jews from France,” French expatriate Yisca Maimon told The Jewish Press Sunday.

They are afraid to go to the supermarket and to synagogue and get killed. The Aliyah movement starts with one friend, and then another friend, and everyone influences one another. Jews in France are very close to one another. People are afraid of Islamic terror because there is absolutely no security there. Yes, there are attacks in synagogues and supermarkets in Israel, but here we have the IDF. We are in our own home.

Jews in France feel they cannot stay there anymore. They know they have to leave. There are nearly 8 million Muslims in France, and their presence is increasingly overwhelming. Everyone is afraid.

There is another reason for Jews to flee France, if they want their children to remain Jews. The assimilation rate is nearly 70 percent, which raises the question of which Jews will move to Israel.

Haredi rabbis who are not raving Zionists — except for the fact that they live in Israel — already have objected to mass Aliyah because of problems of Jewish law.

They say they are afraid of more secular Jews but  in truth they also are afraid of the growing national religious community in Israel, which in the past two decades has become very influential in the IDF, professional fields and now in the Knesset thought the Bayit Yehudi (Jewish Home) party, which has opened up its doors to secular Jews who also are strong nationalists.

The Jewish Agency will have to deal with the problem of “Who Is a Jew” when the time comes. It also will have to streamline the absorption process to allow professionals, such as doctors and lawyers, to practice in Israel without some of the obstacles that have no logic but simply exist from the earlier days of the modern State when old-line Israelis expected everyone to be like them.

Prime Minister Binyamin Netanyahu told the Cabinet Sunday, “We must prepare to absorb large-scale immigration to Israel. To this end we are working to remove the impediments to [recognizing] diplomas and professional degrees in Israel. At the same time we will prepare an emergency plan to cancel bureaucracy so as to enable massive construction to absorb the immigrants, just as we did previously to absorb the major immigration from the Soviet Union.”

If the Jewish Agency can succeed, it might even begin to attract more Americans, not enough to make baseball the Israel National Pastime but enough to at least make hamburgers as popular as falafel. 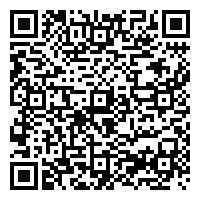