Jewish Democrats called on U.S. Secretary of State John Kerry Monday to apologize for warning that the failure to achieve a two-state solution could lead to apartheid.

“We express our deep disappointment that the Secretary of State has chosen to invoke the specter of ‘apartheid’ in discussing his concerns about the failing peace process,” the National Jewish Democratic Council said in a statement.


Kerry made the remarks during a meeting of the Trilateral Commission, which includes senior officials from the United States, Europe, Russia and Japan.

“A two-state solution will be clearly underscored as the only real alternative,” Kerry said, according to the Daily Beast, “because a unitary state winds up either being an apartheid state with second-class citizens or it ends up being a state that destroys the capacity of Israel to be a Jewish state.”

The remarks drew sharp criticisms from Jewish groups, chief among them the American Israel Public Affairs Committee, but the NJDC statement was notable in that partisan groups rarely criticize party leaders.

“We reject entirely that racially-based governance inherent in that word in any way describes Israel, as well as the implication that the government of Israel uses such prejudice to formalize disadvantages for any of its citizens or neighbors,” the NJDC said. “It is surprising that Secretary Kerry would use this term and he should apologize and eschew the use of that formulation in the future.”

Sen. Barbara Boxer (D-Calif.), who is Jewish and who has strongly defended the Obama administration’s Israel record, also slammed the remarks on Twitter. “Israel is the only democracy in the Middle East and any linkage between Israel and apartheid is nonsensical and ridiculous,” she said. 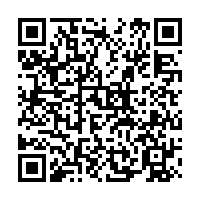