In a press call Friday, a top aide to Rommey confirmed that there would be a prime time video tribute to Paul.


“Paying tribute to this man who disparaged the U.S.-Israel relationship on Iranian television and empathized with Iran’s nuclear weapons program – on top of the history of his hate-filled newsletters – is a national disgrace,” the National Jewish Democratic Council said in a statement. “Romney and the RNC should cancel the tribute and end this dangerous strategic partnership once and for all.” The RNC refers to the Republican National Committee.

Matt Brooks, the director of the Republican Jewish Coalition, said the video tribute was a “small price to pay” for denying Ron Paul a convention speech, and his delegates the opportunity to vote for him – agreements that the Romney campaign apparently extracted in exchange for the tribute.

Brooks had criticized Democrats for assigning a prime time convention speaking spot to former President Jimmy Carter, who has offended Jewish groups with his warnings that Israel’s West Bank policies could culminate in an apartheid state.

Paul, a libertarian who this year sought the GOP presidential nomination, has opposed foreign assistance, including to Israel, and has criticized multiple administrations, including that of President Obama, for what he describes as an overly militant posture in the Middle East.

In the 1980s and 1990s, he also published eponymous financial advice newsletters that mined racist, anti-homosexual and anti-Semitic tropes, although he now insists that he did not vet everything in the publications, and blames past associates for the offensive material.

The Romney aide, in the call, said Paul’s showing during the primaries merited the tribute.

“Gov. Romney and Rep. Paul, while they certainly disagree on many issues … they’ve always had – if you watched part of the debates this year, you’ve have seen there’s a lot of mutual respect between the two of them,” Russ Schriefer was quoted by Talking Points Memo as saying. “And so Rep. Paul’s people came to us and said they’d like to do a short tribute to him, and we said absolutely, it would be a good time to do that.”

Paul and Romney generally avoided attacking each other during the campaign, and other contenders accused the two of forging an alliance to marginalize opponents to Romney, in exchange for guaranteeing Paul and his son, Sen. Rand Paul (R-Ky.) greater influence within the party.

The younger Paul, who also backs cutting off foreign assistance, including to Israel, and who will have a convention speaking role, has otherwise avoided the incendiary statements that have marked his father’s career.

Ben Swann’s “Reality Check” takes a look at how the RNC is attempting to change the 5 state rule and decredential the entire Maine delegation only 4 days before the Republican National Convention. 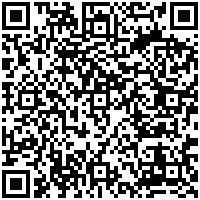