The organizers of a Thursday parade in Rome marking the World War II liberation of Italy prevented a representative from the Jewish Brigade group from speaking at the commemorative ceremony. A group of Jews and others marched under the Israeli flag and a banner of the Jewish Brigade that fought the Nazis in Italy.

The organizers also suggested that the flag bearing the Star of David should not have been carried in the parade, Italian news reports said.

The British Army’s Jewish Brigade Group was established in 1944. Fighting under the Zionist flag, it was composed of more than 5,000 Jewish volunteers from British Mandate Palestine and elsewhere. The brigade fought against the Nazis in Italy from March 1945 until the war ended in May.

The Union of Italian Jewish Communities issued a statement Friday expressing “outrage, astonishment and dismay at the shameful manifestation of intolerance” directed against the memory of the Jewish Brigade that fought to liberate Italy from the Nazis in World War II. The union decried “serious episodes, characterized by prejudice and preconceived hostility as well as from profound ignorance of the historical events that led to the liberation of our country from fascism.” 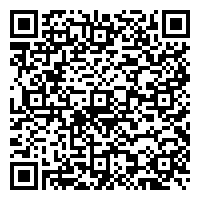