Kiryat Arba resident Avraham Asher Hasano, 50, was murdered Tuesday in a stone-throwing terror attack by Arabs as he drove south of Hebron.

Hasano was attacked while driving past the al-Fawar junction. He was forced to stop his vehicle due to the damage wreaked by Palestinian Arabs who pelted the car with rocks as it passed.


When Hasano got out of the car he was struck by a truck driven by a Palestinian Arab, who then fled to the Palestinian Authority-controlled village of Dahariya, near Hebron.

The victim lay on the road helpless “for quite some time,” according to a spokesperson for the Hebron Hills Jewish community, who said passing Arab residents did nothing to help him but did snap photos of the dying man, which they uploaded to the Internet.

An IDF paramedic who arrived at the scene attempted to treat Hasano with first aid, but it was too late. Medics were forced to pronounce the death of the victim at the scene after all attempts to save him failed, Magen David Adom confirmed.

The hit-and-run driver subsequently turned himself in to Palestinian Authority police, according to Israel Radio. He has been transferred to Israel Police for questioning.

The man said he hit the victim accidentally but fled because he feared for his life in the current atmosphere.

He claimed that because his own vehicle had also been hit by rocks just moments earlier, he didn’t realize the victim had stopped and gotten out of his vehicle.

IDF forces are still searching for the attackers. 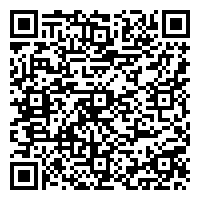