In a series of exit polls conducted during Election Day, Tuesday, November 6, 2012, the Republican Jewish Coalition found that Jewish support for the President dropped from 78% in 2008 to 69%.

Matt Brooks, the executive director of the RJC said, “The results demonstrate that President Barack Obama and the Democrats saw a significant erosion of support from 2008, while Republicans continued their trend of the last several decades of making inroads in the Jewish community.”

According to the RJC, there was an increase by nearly 50% of the number of Jews choosing the Republican candidate to run this country.  The percentage of Jews voting Republican jumped from 22% to 32% nationally.  This ten-point gain is the largest leap from the Democratic party by Jews since 1972.

In a call today to members of the media, former White House spokesperson Ari Fleischer pointed out that while the percentage of young and of Blacks voting for Obama dropped by three or four percentage points, the 10 % drop amongst Jewish voters is conspicuously large.

Of the 1000 voters in the national poll, 48.9 % said they are Reform Jews, and only 11.9 % are Orthodox, while about 20 % said they attend synagogue at least once every week.  Almost 14 % said they never attend synagogue, even for the high holidays.
For 21.5% of those polled, a full 21.5 % said that Israel is of no importance to them, while 76.5% said they consider Israel to be either very or somewhat important.
Only respondents who said they were Jewish were included in the poll results.
Advertisement 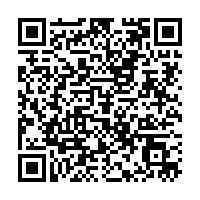