Jewish entertainers Joan Rivers and Howard Stern have spoken out loud and clear for Israel in the war on terror, but most of  the largely liberal and left-wing Hollywood Jewish community suddenly has gone underground.

They no longer are able to defend Gaza  but don’t have the small courage to break their bleeding heart image and actually say that Israel is righter than right in the war against Hamas. Not a peep has been heard from Barbara Streisand, who sang for then-President Shimon Peres last year and sang “Aveinu Malkenu.”

Stern’s comments, which already have been widely publicized, cannot be reprinted here because he used more four-letter words than can be written in one article.

Rivers was caught on film by TMZ, which asked her what she thought about the war and the “killing of civilians” in Gaza.

“So I don’t want to hear anymore, oh, we’ll do a partial truce. You cannot throw rockets, and expect people not to defend themselves.

Stern went bananas when a caller on his SiriusXM radio show tried to defend Hamas. “If you’re anti-Israel, then you’re anti-America,” Stern shorted before calling Israel is “the only friend we have who’s willing to fight and stand up for what’s right.”

When the caller opined that “Zionists run Israel,” which is as obvious as saying that American run America, Stern spewed out almost every expletive every invented. 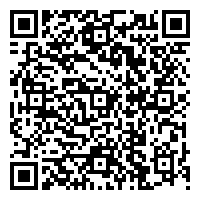