(JNi.media) Jordan is enticing Israeli industrialists and entrepreneurs to invest in Aqaba through a series of benefits that center on a reduced corporate tax rate of 5% on profits and duty-free on imports of raw materials.

A group of 34 Kibbutz industry executives visited the Aqaba Special Economic Zone, to become familiar with the region and with the Jordanian economy, and to examine the possibility of cooperation and establishing joint production lines.

Aqaba is Jordan’s only coastal city, on the shores of the Red Sea, across the bay from Israel’s tourism Mecca, Eilat. It boasts a population of 140,000 on a 144.8 square mile area. The city’s strategic location at the northeastern tip of the Red Sea has made its port a valuable asset to this day, and it serves several countries in the region.

The tour included a visit to the modern industrial area located north of the city of Aqaba, and to the air and sea ports, and a meeting with local entrepreneurs. The hosts presented the benefits of investing in the region, which would include trade agreements with third countries which would otherwise be easier for Israeli enterprises operating in an Arab country to get, as well as the cheaper costs of services and labor and flexibility in currency exchanges.

Kibbutz Industries Association CEO Udi Orenstein said in a statement that the visit is the first step in establishing cooperation between kibbutz enterprises and Jordanian entrepreneurs in ways that are mutually beneficial. “Global changes require industry to constantly test new possibilities. Aqaba is in the midst of a tremendous development and is functioning as an economic zone with specialized tax and planning laws, and can offer us advanced logistical options for shared production and production for export,” Orenstein said.

“In a situation where many factories are struggling to survive against competition from abroad, we have to examine all the possibilities,” Orenstein said. “In the last decade the kibbutz industrial enterprises have expanded production activity abroad and have become a major growth engine for the kibbutzim. The volume of production plants outside Israel have reached $2.32 billion annually.”

In a press release sent out before the visit to Aqaba, Orenstein said production within Israel could be increased with a proper investment policy and the regulation of the Israeli seaports—hinting at eliminating frequent longshoremen’s strikes.

The Kibbutz Industries Association, which was established in 1962, is the umbrella organization representing more than 250 industrial enterprises in kibbutzim, collective moshavim and regional enterprises, located across Israel, mostly in the peripheral areas 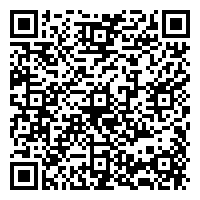