(JNi.media) Justice Minister Ayelet Shaked accused the Israeli courts of ignoring Jewish law and promised to set up a steering committee to promote implementing the principles of Jewish law in the Israeli legal system, Kippa reported. “As is well known, in practice the courts are ignoring the legislature and the spirit of the law, and rarely draw inspiration from Jewish law, both in statutory interpretation and in filling lacunae in the law,” said Shaked, referring to the Foundations of Law legislation, enacted in the 1980s, directing the courts to rule on issues without a precedence according to “the principles of liberty, justice, integrity and peace of Jewish tradition.”

“They prefer to turn to foreign legal systems and not to Jewish law — which is the products of the best minds in our nation. It is regrettable and we must act to repair the damage,” said Shaked, who spoke at a special session of the Hotam Forum of Torah-based research foundations at the Ramada hotel in Jerusalem Wednesday.


Shaked added that “Jewish law, the masterpiece of Jewish creativity for 2,000 years, is yet to acquire its permanent station in our legal system, probably mainly due to a lack of knowledge about it,” and said that she believes “Jewish law can and must be a link between the values ​​of the past and the present values ​​and needs, not only on the declarative level. To me this link seems essential to the State of Israel as a Jewish state. ”

Shaked cited laws passed by the Knesset such as the Law of the Guards, the Facilitation of Rehabilitation ‏‏‏‏Act, the Do not stand over your fellow’s blood (good Samaritan) law, and the law of the dying, noting that they “were deeply influenced by Jewish law and prove that the link is possible and yields fine fruit.”

Shaked qualified her statements by saying that she does not intend for Jewish halakha to become Israel’s law, saying “obviously we can’t copy verbatim the norms that have been formulated in exile without sovereignty and independence, onto the reality of the Israeli legal system. Our society is not a community but a state, and the socioeconomic reality has changed completely regarding the status of women, the rights of employees, etc. My call is not for a mechanical imposition of Jewish law, but for true and brave dialogue between the Israeli law and our cultural and national sources.” 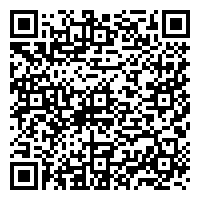