On Tuesday night, thousands of people gathered together to celebrate 40 years to the establishment of Samaria’s first community – Kedumim, now home to over 900 families. Participants included Chief Rabbi David Lau, who spoke at the festivities, along with Education Minister Naftali Bennett, Culture Minister Miri Regev, and MK Rabbi Eli Ben Dahan, among other public figures and supporters.


The celebrations also included a reunion of the original members of the Elon Moreh pioneering group, many of whom are grandparents today. Affiliated with the Gush Emunim settlement movement, the Elon Moreh pioneering group established Kedumim following the Yom Kippur War. Led by Rabbi Menachem Felix and Benny Katzover, the young members did not immediately succeed to settle the barren Samaria hilltops. “We went up seven times, and we were removed each time,” Benny Katzover recalled of the group’s attempts to settle in the early 1970s in Sebastia, near Nabulus, during an interview with Tazpit Press Service (TPS).

“But nothing could stop our spirit,” said Katzover, 68, founder and leader of the Elon Moreh community, located northeast of Nablus in northern Samaria.

At the time, the Israeli government did not support the group’s activities and the army removed the residents from Sebastia, the capital of the ancient biblical kingdom of Israel. But by their eighth attempt on Hanukkah 1975, then Prime Minister Yitzhak Rabin compromised and allowed the settlers to stay in Samaria, with 30 families settling in Kadum, an army camp. It was the first time that Jewish inhabitants populated the rocky mountaintops of Samaria since ancient times.

Among the supporters of the Elon Moreh pioneering group was the late Ahuvia Tabekin, of Kibbutz Ein Harod, whose wife, Chava, spoke during Kedumim’s celebrations. Ahuvia, the son of Yitzhak Tabekin, the founder of the United Kibbutz Movement and a labor movement leader, strongly supported the Jewish settlement of Samaria.

“Ideology about land was different back then, even among some kibbutz members,” said Chava Tabekin, who also pointed out that Ein Harod took part in building Kedumim’s synagogue – the first synagogue to be built in Samaria. “Ahuvia supported Kedumim from its inception. He was a member of both Kibbutz Ein Harod and a resident of Kedumim.”

Other early pioneers of Kedumim remembered the difficult beginnings. “When we first came to Kedumim, everything was barren and the conditions were very hard,” Nurit Ben-Menachem Graus, 67, told TPS.

Graus, who grew up in Tel Aviv and was the first teacher in Kedumim, said that she and her husband came to Samaria 40 years ago out of ideology. “There was no water, no electricity,” she said. “We came because this is the land of our forefathers.”

“All my children and grandchildren live in Samaria today,” said Graus. “We made history happen.”

Chana Gofer told TPS that she and her family came to Kedumim in August 1979. “There were only 40 families at the time, and we arrived with 40 more families, following Menachem Begin’s promise to settle the heartland of Israel. Kedumim doubled its population within one night,” recalled Gofer, whose has grown children living in Samaria today.

“We are here in their merit.” 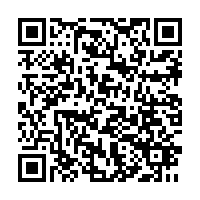