Congress “will be heavily involved” in monitoring the impact the diminishing of sanctions has on Iran, and will ensure that any final agreement with Iran will permanently prevent the country from having nuclear weapons, said Schumer.

On the Israeli-Palestinian talks, Kerry said he knows “there are many doubters here” about the suitability of Palestinian Authority Mahmoud Abbas as a peace partner for Israel. Kerry, however, believes Abbas “has demonstrated he wants to be a partner for peace” and has “been genuinely committed against violence.”

Israeli Prime Minister Benjamin Netanyahu, meanwhile, has “demonstrated his courage and his commitment in pursuit of peace with security” and knows that a peace deal with the Palestinians is only way for Israel to remain a Jewish and democratic state, rather than a binational state, Kerry said.

Kerry vowed that any peace agreement would “guarantee Israel’s identity as a Jewish homeland,” and said that ending the Israeli-Palestinian conflict “means ending the [Palestinian] incitement.”

Israel’s security “is our first priority,” Kerry said, stressing that the Obama administration made an unprecedented move in the Israeli-Palestinian peace process by sending retired four-star general John Allen to the region “to work with Israelis and Jordanians and Palestinians to make the Jordan River border as strong as the strongest border on earth.”

“There is a vision of peace, and it takes tough choices on both sides,” Kerry said. 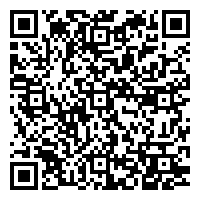