The State Dept.’s verbal acrobatics concerning Indyk’s departure and Lowenstein’s arrival provide plenty of evident that Foggy Bottom’s reality deals with more with its own in-house industry of solving the unemployment problem than with the realities of the Middle East.

Lest anyone think that the peace process has failed, State Dept. Spokeswoman Marie Harf was careful to tell reporters on Friday that Indyk really did not quit or resign.

The official announcement issued in Washington stated only that Indyk “will be returning to his position as Vice President and Director of Foreign Policy at The Brookings Institution.”

Harf objected to the Associated Press’s reporting that Indyk “quit,” a term she said “is a little negative in tone….. He will be leaving his post here. I’m not sure bureaucratically, technically what he has to do, whether that’s submit a letter of resignation. It probably is. “

The concern to put a positive spin even on Indyk’s resignation reflects the State Dept.’s inability to understand who’s on first in  the Israeli-Arab duel of wits to see who can confuse Washington the most, which is not very difficult.

If you thought the peace process is dead, think again.

“Well, we’re in a pause right now,” Harf stated, with a straight face.

Reporters covering the State Dept. long ago have stopped buying its song and dance. One reporter asked Harf that since no talks between the Palestinian Authority and Israel have taken place since late April, why did it take Indyk two months to “leave.”

“I think he’s been working intensively with the parties to see if they could come back to the table in a meaningful way, and we haven’t been able to get there yet,” explained Harf.

That doesn’t fit, because nearly a month ago, no one could answer a reporter’s question exactly what Indyk was doing, except for being somewhere in Foggy Bottom.

He obviously was doing what hundreds, if not thousands, of other State Dept. employees do. They consult, talk, research, travel, and then consult and talk again and again.

Haaretz journalist Guy Rolnik reported on Saturday that a senior Israel diplomat involved in negotiations in Washington for two decades told him six years ago, “There are thousands of people in Washington who earn their living from the peace ‘process.’ Economic crisis or not, there’s a large group that is working on the peace process, working on the terror threats, working on Middle Eastern affairs – and will always work on the ‘process.’”

The “process” serves the interests of the Palestinian Authority very nicely, because without it, Ramallah could not exist, which it does by handouts from the United States and the European Union.

Harf stated the State Dept.’s self-serving need for the “peace process” when she claimed on Friday that there actually has been “progress” in the peace process since Kerry launched the doomed-from-start resumption of the illusion of negotiations last July.

“In general, we were able to define the gaps between the two parties on all the core issues in a fairly detailed and significant way. That’s something that we broadly knew before that, but I think was one of the things we would say was important. You can’t bridge gaps until you’ve defined them,” Harf explained.

The “peace process” began in 1991 when then-Prime Minister Yitzchak Shamir agreed to debate Yasser Arafat in Madrid. Now, 23 years later, the U.S. State Dept. has made “progress” by figuring out the gaps. The truth is that Washington still does not understand the gaps because it does not understand much of anything that goes on east of Atlantic City, but assuming that it does, is that all the progress that can be reported? 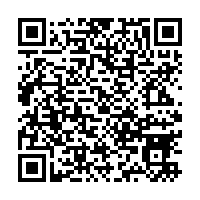