Apparently attacking two defenseless women, one the mother of six, the other a pregnant woman, was too much for even Secretary of State John Kerry’s State Dept. to ignore.

About midday D.C. time on Monday, Jan. 18, the U.S. State Department issued a statement condemning the barbaric attacks on two Israeli women in less than 48 hours. One of the women was murdered at the door of her own home as several of her children watched or heard in horror. The other victim, a woman five months pregnant, was stabbed in a clothing store in her home community, who remains in Shaare Tzedek Meical Center’s Trauma Unit.


The U.S. acknowledged the horrific attacks on the two Israelis, mentioning each by name.

We condemn in the strongest possible terms the terrorist attacks over the past two days against Israeli civilians. We were appalled and deeply saddened by the death of Dafna Meir, a mother of six, who was attacked on Sunday in her own home. We extend our deepest condolences to her family, friends and community. Today, a pregnant Israeli woman, Michal Froman, was stabbed in the West Bank. We wish her a full and complete recovery. These horrific incidents underscore the importance of affirmative steps to restore calm, reduce tensions and bring an immediate end to the violence.

It is appropriate for the State Dept. to condemn these brutal attacks, as they do others even when far less brutal, when they occur in the region.

The title of the statement uses the term “West Bank” to note where the attacks took place, rather than simply stating Israel. On the other hand, at least neither the title nor the statement itself describes the places where the women were attacked as “settlements,” as did, for example, the BBC  and even the JTA, in their reports.

At least as significant is that while the U.S. condemned the savage attacks, no responsibility was placed on any actors. The “terrorist attacks” happened, but nothing was said about who committed the acts, or who directed the attacks. In both instances it is already known that Palestinian Authority Arabs were the terrorists who knifed the women, one to death. One of the terrorists was an Arab who had been welcomed in to work in the community where he stabbed to death the mother of six. The other terrorist was an Arab teenager from nearby Bethlehem who entered the yishuv through a hole in the fence surrounding the community.

Not assigning blame when Palestinian or Israeli Arabs stab, slash, shoot or ram innocent Israelis is part of the modus operandi of John Kerry’s State Department, as it also was when State was run by now presidential-candidate Hillary Clinton.

This time, at least, the victims were particularized, but the people and entity responsible were not. That’s a problem that allows the responsible parties to remain anonymous and blameless on the world stage, where Israel, Israelis and, in particular, the Israeli government is always named and blamed.

Just wait to see what is the response to the new dictate by the chief security officer for Gush Etzion, the area south of Jerusalem in which the pregnant woman was stabbed. Arabs will now be barred from entering any of the Jewish towns in the area. Collective punishment? Apartheid? It’s coming. Four…three….two….one.

Goldstein on Gelt: How to be a Financial Grownup 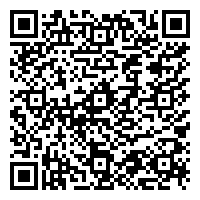