Ayatollah Seyed Khamenei mocked the Obama administration for “silly bluffing” and charged the United States with creating a “myth” of nuclear weapons to portray Iran as a threat.

The most “vital threat” to the Middle East really is the United States and the “Zionist regime,” declared Iran’s highest authority.


While he belittled the White House, Iran’s senior military commander insisted that there is no way that Iran ever will agree to inspections of its military facilities.

Open inspection of Iran’s nuclear facilities is one the biggest holes in the framework agreement with Iran that was approved by President Barack Obama. He stated after the P5+1 concluded the framework deal with Iran:

Iran has also agreed to the most robust and intrusive inspections and transparency regime ever negotiated for any nuclear program in history.  So this deal is not based on trust, it’s based on unprecedented verification.

We would not allow such demands [for inspections] even in their dreams to be realized; military centers should be protected against any such violations; a foreign inspector in our garrison would mean occupation of our soil, since it has all our defensive secrets. This would mean national humiliation as well.

So much for “robust and intrusive inspections.”

The word “humiliation” is a key, a term that you will not find in any agreement between the West and Iran because it is something that the United States simply does not understand.

The White House conveniently shoves away Iranian hate language, such as “Death to America” as nothing more than hot air for the “domestic audience.”

The Obama administration psychologists figure that if they let Iran spout off, it will please the folks back home while the Islamic regime secretly plays by Western rules and agrees to what it signs.

“Humiliation” is one of the biggest – if not the biggest – obstacle to any agreement with any Islamic country.  The obvious example is that accepting Israel as a country is humiliation.

Iran has to sell to its citizens a deal that humiliates the United States. The more Iran’s leaders scream “no inspections” and “no sanctions,” the harder it will be for it to lie to the “domestic audience.”

Khomeini’s latest rant rejects the idea that Iran even dreams of having nuclear weapons. Instead, he charged that “the most vital threat posed to the world and the region is the US and the Zionist regime which meddle and kill people anywhere they deem to be necessary without any control or commitment to conscience or religious principles.”

Khamenei’s belittling of the Obama administration works to the favor of Republicans  and makes some Democratic Congressmen feel a bit silly, to use Khamenei’s word, by backing  the president.

Republican U.S. Senator Bob Corker, who helped initiate and draft the bill to give Congress the right to review any final deal with Iran, told CNN on Sunday that lifting sanctions will be phased, a concept that Iran has totally rejected before the ink was dry on the April 2 temporary agreement.

GOP presidential candidate Sen. Marco Rubio warned on Face the Nation that the United States might have to take military action if Iran does not toe the line.

“We don’t want that to happen, but risk of a nuclear Iran is so great that option must be on the table,” Rubio said. 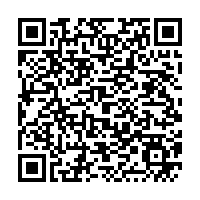