Police and Kiryat Arba officials are at odds on whether Jews or Arab threw rocks at a Jewish motorist Saturday night, slightly injuring a four-year-old boy.


The JewishPress.com reported here this morning, “The IDF arrested two Jewish teenagers after they hurled rocks at passing cars and mistakenly smashed a window of the vehicle of an Israeli family, whose four-year-old boy was slightly injured by shattered glass.”

The Kiryat Arba official said that the boys were at a demonstration for a stronger hand by the IDF against Palestinian Authority Arab terrorists, including rock-throwers.

He maintained that the boys testified to the police as witnesses to the rock-throwing attack, but that police turned around the testimony and accused the boys of the crime.

Police issued an update Sunday morning that the boys’ testimony involved rock-throwing by other Jewish youth.

According to a police statement:

The two boys gave testimony on rock-throwing and both of them were released after they gave evidence.

Following an investigation, it was learned that a group of minors who were protesting with an Israeli flag about the security situation on Highway 60 were on their way home to Kiryat Arba when some of them threw rocks at cars, causing injuries to the child. 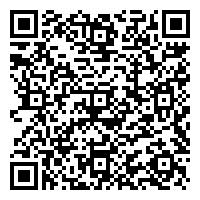