The event was initiated by MK Liberman where two books by Benkow were presented that were translated into Hebrew and Russian by the Genesis Philanthropy Group in conjunction with World Yisarel Beytenu. The books, both bestsellers in Norway, are an autobiography called ”From Synagogue to Parliament” and “Olav – Man and Monarch”, which is a product of several conversations Benkow held with his friend Norway’s King Olav V.

Director General of World Yisarel Beytenu Alex Selsky presented Benkow’s life story, including his family background as both his parents were refugees from Russia, and while the men in the family fled Norway to the UK to join the Royal Norwegian Air Force, all of the female family members, including his mother, sister and aunt were murdered in Auschwitz. Selsky spoke Benkow’s work on behalf of human rights issues, including becoming one of the most active fighters for the emigration and Aliyah of Soviet Jewry. “Benkow openly supported Israel and fought against Anti-Semitism and strongly criticized Norwegian leaders who expressed biased views toward Israel,” Selsky said.

MK Liberman who led the event said that Benkow is a great example for Jews all around the world. “He was at the same time a true Norwegian patriot, a proud Jew and a passionate Zionist,” MK Liberman said Speaker of the Knesset Edelstein then spoke about Benkow’s unique life story. “Benkow’s Jewish roots informed his activities and he stood up for Israel even when it was unpopular to do so,” Speaker Edelstein said.

The Deputy CEO of the Genesis Philanthropy Group, Sana Britavsky, explained why these translations were so important for Israelis and Jews. “Many Jews in the Diaspora are struggling with the question of their identity, but Benkow’s life and story shows that nothing can prevent a Jewish citizen from being loyal to their home nation,” Britavsky explained.

Foreign Minister Brende, who began in politics as an advisor and a speech writer to Benkow expressed how emotional and important the event was for him personally and how he and MK Liberman would often recount stories about Benkow when they would meet.

“Benkow had profound feelings for Israel and this gave a sense of pride among Jews in Norway,” Foreign Minister Brende said. “He said that when Israel was founded he could be both fully Norwegian and fully Jewish because he understood it was difficult to be a minority without security.” 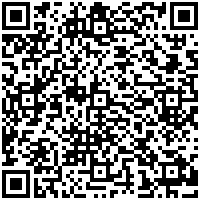