Knesset Speaker Reuven Rivlin announced that he has canceled a Knesset delegation’s trip to the US after MK Michael Ben-Ari (National Union) was denied a US visa due to his past membership in Meir Kahane’s political party Kach.

MKs Tzipi Hotovely (Likud), Einat Wilf (Independence),  and Zehava Gal-On (Meretz) were scheduled to attend a women’s empowerment conference in Washington in late March. Although the visa denial was unrelated to the visit, Rivlin said he canceled it because the visa denial was “an affront to the entire Knesset.”


The State Department rejected Ben-Ari’s visa application two weeks ago because it considers Kach a terrorist organization. The party was banned from the Knesset in 1988.

In a letter to US ambassador to Israel, Daniel Shapiro, Rivlin blasted the rejection, saying that “[t]he United States’ allegation that a member of Knesset is a terrorist in unacceptable and is an affront to the entire Knesset.”

Ben-Ari, in a statement released by his assistant Itamar Ben-Gvir, thanked Rivlin for “standing strong against disrespect of the Knesset.”

Kahane, the controversial Rabbi and former MK, was assassinated in New York 20 years ago.

The US Embassy in Tel Aviv had no immediate comment. 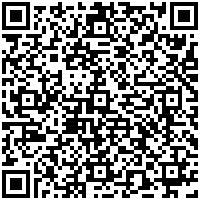