A portable kosher barbeque rig is giving New York and the East Coast a taste of the backyard BBQ of yesteryear.

“There’s no one else doing this,” Got Cholent? president Ari White told Kosher Today. “I’m making it my mission to liberate New York’s kosher community from the exile of the great barbeque.” Gemstone catering, a division of Got Cholent? and under Star-K kosher supervision, is providing “pop-up” barbeque catering for events.


“Most Orthodox New Yorkers tend to marinate their steak in some store bought sauce and call it ‘barbeque’,” said the Texas-born White. “But for something to really be barbequed, it needs to be wood-smoked, and there’s no way to fake that genuine, barbequed taste.”

He calls himself the “pit boss” over the “Texas Roadside Smokehouse BBQ.”

White remembers his father and their rabbi smoking 40 turkeys for 5 days straight to prepare for the holidays. “My grandfather was an avid ‘smoker,’ and he passed this on to me and my father. When I moved from El Paso to New York, I knew the tri-state area would appreciate what real barbeque means — I just had to get them to taste it,” he stated.

“At our first pop-up in Riverdale, we served more than 3,000 people in four afternoons, and we had to turn away hundreds more,” according to White. “We had a similar smashing success in Westchester’s Lincoln Park.”

HaKodesh Barbeque will be making appearances in New York’s street fairs a week after Pesach and will be the first kosher “smoker” to compete in the Food Network’s Brisket King NYC competition.

New Yorkers will have a chance to feast on mid-city barbeques at upcoming street fairs, starting with an April 7 event at Union Square.

On Yom HaAtzmaut, when hundreds of thousands of Israelis can’t get through the Independence Day holiday without a cookout on the coals, White will serve’em up at a location to be announced later.

A large barbeque event also is scheduled for Philadelphia in early June. 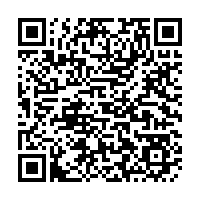