Jewish officials in Kurdistan are trying to save an ancient tomb believed to belong to the biblical prophet Nahum and his sister in the Christian town of Alqosh, some 30 miles outside the ISIS controlled city of Mosul. According to local news reports, Nahum’s tomb has been deteriorating and is in danger of collapsing. The town of Alqosh has been protected by Peshmerga forces since ISIS overran the Iraqi army in the region.

Sherzad Mamsani, a Jewish representative of the Ministry of Endowment and Religious Affairs of the Kurdish Regional Government, has asked UNESCO, the semi-independent Kurdistan Regional Government (KRG) in Iraq, and all foreign diplomats serving in the KRG to help preserve the ancient Jewish site.

“This site does not only belong to Jews. It’s part of human history, therefore saving it is everyone’s responsibility,” Sherzad pleaded in a statement, adding, “We only ask for the renovation of the site, we have previously asked the KRG to renovate it but the work was suspended due to the financial crisis that hit the Kurdistan Region.”

Nahum, whose biblical book (seventh on the list of 12 shorter works by the prophets, between Micha and Habakkuk) identifies him as Nahum of Elqosh, predicted the fall of the Assyrian Empire and its capital Nineveh. His 47 prophetic verses contain no rebuke of the Jews, only comforting promises that they would soon be freed from the Assyrian yoke. Jewish sources are split on the location of Elkosh: some believe it was in Israel, others identify it as the town of Alqosh in northern Iraq.

Nahum’s tomb is located inside a synagogue in Alqosh. 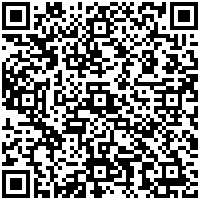