A constellation of left-wing and Palestinian groups have called for an investigation of Israeli actions during Operation Protective Edge, with a clear suggestion that IDF soldiers committed war crimes while fighting Hamas terrorists in Gaza.

In a release dated August 6, the Association of Civil Rights in Israel (ACRI) criticised Attorney General Yehuda Weinstein, who has refused to investigate IDF actions over the past month. “The attorney general’s response does not explain how repeatedly attacking civilian targets such as homes, schools and markets, or attacking essential civilian infrastructure such as electricity and water, is consistent with the basic duty to target military objectives alone and in accordance with the principle of proportionality – as was written by Weinstein himself,” the statement said.


In the midst of the fighting, on July 21, the organizations sent a letter to Weinstein calling Israel’s actions in the Shuja’iya neighborhood on July 20 “disturbing”, noting the deaths of at least 17 children and 14 women. The letter also noted “that some of the civilians were killed while attempting to flee the area of the battle,” but does not contain any mention of the possibility that Hamas killers were responsible for blocking the civilians’ escape from the battle field.

To be fair, the group took care to note IDF claims that 140 rockets were fired from Shuja’iya into Israel during the first three weeks of the fighting, and that ten tunnel openings were located. Still, the finds were not good enough to satisfy ACRI: “The IDF Spokesperson did not explain how action against these military targets or the combat itself justifies such broad and deadly military action against an entire civilian neighborhood and its residents,” the letter said.

In addition, today’s statement noted that “suspicions regarding the legality of orders and commands must be independently, seriously and effectively investigated. A democratic nation must be held accountable to itself and to its citizens on these critical issues,” indicating clear suspicion that Israeli soldiers intentionally murdered Palestinian civilians during the month-long mini-war.

Steven Beck, an ACRI spokesman, disagreed. In a phone interview with The Jewish Press, Beck stressed that the organizations were not accusing Israel of war crimes, but added that the (large number of Palestinian civilian deaths) were cause for Israel to investigate IDF actions.

Notably, all 10 organizations on the petition to AG Weinstein – B’tselem, Gisha, ACRI, the Public Committee against Torture in Israel, Hamoked – Center for the Defence of the Individual, Yesh Din, Adalah, Machsom Watch, Rabbis for Human Rights and Physicians for Human Rights – are all radical anti-Israel organizations financed by foreign donations, including by the European Union and the Norwegian Government.

There is no indication at present that Adallah, Gisha or Physicians for Human Rights – all joint Israeli-Palestinian NGOs – have called for an investigation of Hamas activity during the war. 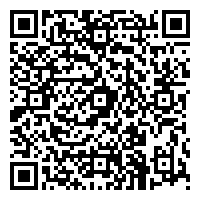