Gideon Levi, a dedicated Ha’aretz op-ed writer who hasn’t met an Arab terrorist he couldn’t praise, on Sunday shared with his readers an amusing prank, whereby he replaced the word “America” in President Trump’s inaugural speech with the word “Germany,” to form, so he argued, the amusing result of “Germany above everything else” (the infamous “Deutschland über alles”).

So we had a laugh, because we can’t help ourselves when it comes to cheap tricks, but then decided to scour the text of the president’s speech, in search of what he really said, and how it would be affected had he said “Germany” or “German” instead of “America” and American.” For one thing, a search of the text revealed that the president never used the word “above,” so that joke is not based on fact, but strictly on malice.

Trump did say, in Gideon Levy’s alternate universe, “From this day forward, it’s going to be only Germany first, Germany first.”

It’s an aggressive statement, for sure, but probably something we’d expect every leader to promote for his or her country. Same as “Germany will start winning again, winning like never before,” a German Trump would have said. Same as, “We will follow two simple rules; buy German and hire German.”

Of course, in the context of a Germany which devastated the world with its destructive ideology, these lines sound ominous. However, had 1930s Germany adopted Trump’s democratic views alongside it aggressive patriotism and sans its racial policy, the world would have surely thrived. Especially had the German leader at the time state unequivocally: “We all enjoy the same glorious freedoms and we all salute the same great German flag,” emphasis on “we all.” 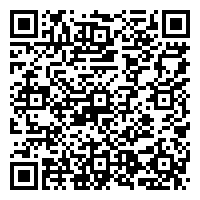