The still new Defense Minister Avigdor Liberman (Yisrael Beiteinu) on Wednesday delivered a clear message to Hamas: if you mess with Israel again — it would be your last round of fighting, since Israel would collapse the organization.

A senior Defense Ministry official delivered the message via the media following a briefing he had given military reporters. “A confrontation with Hamas is unavoidable and therefore it must be the final one in the Strip — the final confrontation for the Hamas regime in the Strip,” the senior spokesperson said, directing his message to the terrorist government in Gaza.


As to the northern front, the same senior official said war with Hezbollah is not expected soon, suggesting the organization’s Secretary General Hassan Nasrallah has no interest to draw Israel into a war, since it’s clear his group would sustain a heavy blow in such a confrontation.

Meanwhile, Minster Liberman’s takeover at Defense has not calmed down the new eruption of Arab violence in Judea and Samaria, with a rise of 27% in stone and Molotov cocktail throwing incidents around Samaria. Shomron Regional Council head Yossi Dagan said in a statement that there has been an escalation in the number of terrorist acts on Hawara road last month, with 11 terror attacks on the road in the past two months alone.

“If there’s no clear policy of a painful blow to the attacker and to his support environment, these events will only increase,” Dagan warned. “We demand that government treat these cases with a firm hand and act decisively so that we won’t have to continue accompanying our injured to hospital, if not worse.” 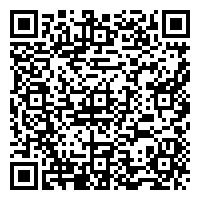