Avigdor Liberman (Yisrael Beiteinu) and Moshe Kachlon (Kulanu) have big plans in the works, according to a report by Zeev Kam of Makor Rishon.

Neither want to see Benjamin Netanyahu as Prime Minister anymore, and Avigdor Liberman very much wants to be Israel’s next big boss.


And if this backroom deal works, it’s not unfeasible.

According to Makor Rishon, Liberman and Kachlon are planning a variation of Naftali Bennett’s alliance with Yair Lapid – where the two worked in concert to get what they wanted from Netanyahu, even if it meant both would have joined the opposition.

But Liberman’s aspirations are much bigger than Bennett’s were in the last election, when Bennett primarily wanted to ensure he wasn’t excluded from the coalition completely.

All the current poll results show that at least one of the two parties, either Kachlon’s or Liberman’s, must be in any coalition formation, whether Left or Right – and then the other can either be marginalized or excluded. That puts neither in a particularly strong negotiating position if they stand apart.

But Liberman’s solution, which Kachlon has reportedly given an initial positive nod to, goes far beyond Bennett and Lapid’s temporary alliance, and not only protects the both of them, but puts them in the catbird seat.

Immediately after elections are over, Liberman and Kachlon are talking about merging their parties. This way, before elections, they take advantage of the split vote, acquiring more votes separately than they would together.

And then after elections, they merge their parties, placing them among the top three.

And here’s the big part of the story — both plan to recommend to President Rivlin that the newly-merged party’s chief, Avigdor Liberman, be crowned Prime Minister.

The two already have a vote sharing agreement, where any extra votes that don’t translate into another Knesset seat for one party are transferred over to the other’s party, with the hope that it will give the recipient an extra boost.

Members of the Likud are aware of the purported plan, and as a result are shifting focus away from fighting the Herzog/Livni hydra, which Netanyahu now sees as a lesser threat, and refocusing it on Liberman, who he is worried could unseat him, or simply make his life and coalition unbearable. if not unsustainable.

Netanyahu did the same thing in the last election, painting a bull’s-eye on Naftali Bennett, which significantly helped Bennett in the polls.

Liberman’s party unequivocally denied the Makor Rishon report, stating they don’t have any agreements with any of the other parties – not for before and not for after the elections.

What’s even more fascinating are the unintended consequences that might result.

A three-way split between Netanyahu, Herzog/Livni and Liberman/Kachlon won’t leave any of them with enough seats or partners to form a coalition.

If one of the three doesn’t compromise on who gets to be Prime Minister (after completely extorting the other), we could find ourselves going to elections again.

Bennett may also find himself as the tiebreaker/kingmaker.

Whether the report is accurate or not, one thing is clear – the Israeli electoral system is broken, and vulnerable to games like these, where tiny parties, through backroom deals and arm-twisting can force themselves into key positions of power, despite their narrow support base in the general population. 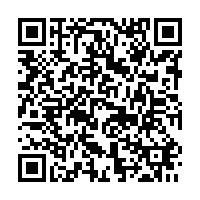