Two days after South African Foreign Minister Maite Nkoana-Mashabane has instructed her staff in the ministerial council not to visit Israel, comparing the Israeli occupation of Judea and Samaria to the apartheid in her country years ago, former Israeli Foreign Minister and Chairman of the Knesset Foreign and Security Committee MK Avigdor Lieberman has warned that “a pogrom against the Jews of South Africa is only a matter of time,” calling on all the Jews there to make aliyah.

Writing in his Facebook page, Lieberman, whose case of fraud and breach of trust as Foreign Minister will be decided in court this week, wrote that “the things said by the South African foreign minister this weekend, that South African government officials will no longer visit Israel in a show of solidarity wit the Palestinians, were a mix of hypocrisy and classic antisemitism.”


Lieberman accused the government of South Africa of “fomenting an anti-Israel and antisemitic atmosphere.” He called on South African Jews to make aliyah “before it’s too late.”

Some 70 thousand Jews live in South Africa today, most of them in Johannesburg and Cape Town. Every year about 1,000 Jews leave the country, mostly because of the economic situation. The government’s blatant anti-Israeli attitude contributes a s well to Jewish migration.

An anonymous source in the Israeli foreign ministry speaking to Walla criticized Lieberman, not so much for his assessment of the situation, but for his unabashed style, which the source fears might endanger South African Jews.

Former Israeli ambassador to South Africa Ilan Baruch told Walla that Lieberman’s statement was “irresponsible and showed” the former foreign minister’s “complete ignorance regarding the complexity of the status of South Africa’s Jews, which combines a warm, Zionist loyalty to Israel with a deep commitment to the new South Africa.”

Baruch added that “Lieberman and his camp are the main reason for the South African criticism against Israel.”

So now you know where his excellency the ambassador is coming from.

The main problem South African Jews are facing is the total devaluation of their holdings. They possess real estate and businesses that cannot be sold for a reasonable proximity of their value. They are, in essence, trapped in their depleting wealth. 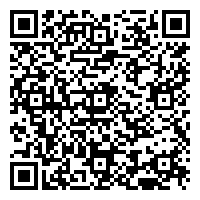