Knesset Foreign Affairs and Defense Committee Chairman Avigdor Lieberman compared an editorial by The New York Times that was critical of Prime Minister Benjamin Netanyahu’s U.N. address to a headline published in September 1938 that praised the Munich Agreement for granting Adolf Hitler “less than his Sudeten demands.”

“Today, The New York Times attacked Prime Minister Benjamin Netanyahu for his speech [Tuesday], saying he was inciting to war and thwarting chances of peace with Iran,” Lieberman wrote on his Facebook page. “In 1938 the very same New York Times reported with excitement at the peace deal between Britain and Nazi Germany, over how Hitler got less than what he demanded. … How did this ‘peace deal’ sit with the Nazi dictator—we all know. So of course it is preferable to stand up for the State of Israel’s crucial interests, and [it is preferable] for The New York Times to attack you than it is to end up like Czechoslovakia in 1938.” The Munich Agreement was a settlement that permitted Nazi Germany to annex parts of Czechoslovakia along the German border. Lieberman attached a clipping of the 1938 headline, along with a picture of “historic European peace meeting,” juxtaposed alongside the recent editorial about Netanyahu’s speech.


The Times editorial accused Netanyahu of “sabotaging diplomacy” and said the prime minister was “eager for a fight.”

“Mr. Netanyahu has legitimate reasons to be wary of any Iranian overtures, as do the United States and the four other major powers involved in negotiations over Iran’s nuclear program,” the Times wrote. “But it could be disastrous if Mr. Netanyahu and his supporters in Congress were so blinded by distrust of Iran that they exaggerate the threat, block President Obama from taking advantage of new diplomatic openings and sabotage the best chance to establish a new relationship since the 1979 Iranian revolution sent American-Iranian relations into the deep freeze.” 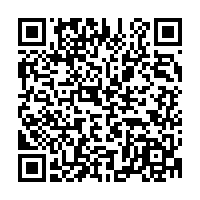