In a move that took everyone by surprise, including their own senior party members, Avigdor Liberman’s Yisrael Beiteinu party and the Benajmin Netanyahu’s Likud have joined forces ahead of the upcoming elections, and will be running as a joint list.

There will be a press conference on Thursday night at 8:00 PM in the Dan Panorama Hotel in Jerusalem,  where they will officially announce the merger.


Channel 2 said the joint party will be called “Likud-Beyteinu”. Netanyahu will be number 1 on the list, followed by Liberman who will be his number 2.

Liberman used to be a member of the Likud, and broke away to form his own party in 1997. At the time the speculation was this was part of a larger master plan, where Liberman would attract the Russian votes that the Likud couldn’t, and support the Likud with the seats they gained.

The Likud currently has 27 seats, and Yisrael Beiteinu 15. This merger has the potential to increase their seats, as well as practically  guarantee that they will be the largest party and bloc in the upcoming election.

Internal surveys say the joint list could win up to 50 seats. 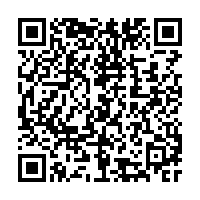