Likud Beytenu Deputy Transportation Minister Tzipi Hotovely is calling for the death penalty for terrorists who repeat their crimes.

Hotovely said Tuesday in an interview with Arutz Sheva that it is not enough to simply build more communities in Judea and Samaria in response to terrorist attacks.


Nor have targeted surgical strikes in Gaza proven to be a sufficient deterrent to terrorist organizations who appear intent on continuing their attacks on Israeli civilians.

“This is the first incident to come out of Judea and Samaria after the Hamas and Fatah unity pact,” Hotovely said. “It cost the lives of three innocent boys who wanted to return home safely. The government must now think about a long-term strategic move that will restore the deterrence.”

The MK’s remarks followed by a day the funeral for three Israeli teens who were kidnapped while hitchhiking home from yeshiva in Gush Etzion and murdered by Arab terrorists within hours of their capture on June 12. Thousands attended the funeral — and hundreds of thousands are demanding the government do something to ensure it’s the last time terrorists can succeed in their efforts.

To date, the only criminal ever to be put to death in the Jewish State was top Nazi official Adolf Eichmann. Israel does technically have the death penalty on the books – but it has never implemented it.

Hotovely contended that it is time to “change the rules of the game” and put that law into action.

She also said it is time to annex all the areas with a Jewish majority in Judea and Samaria. This would include all the territory in Area C. 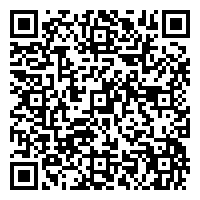