The Likud party’s comptroller ruled on Wednesday that Prime Minister Binyamin Netanyahu cannot run to head the party in the December 31 leadership vote because he allegedly used party funds for his own campaign to head the party again.

Netanyahu’s lawyer said that the Prime Minister will appeal the decision and that party comptroller Shai Galili, does not have the authority to bar Netanyahu from running for re-election as party leader.

Galili claimed that Netanyahu used Likud party headquarters and employees for his own campaign to be re-elected December 31.

His decision, if it is upheld, means that Knesset Member Danny Danon, the only other candidate in the race to lead the Likud, will take over the party. Danon is one of the most nationalist Likud Knesset Members, and Netanyahu has tried to weaken his influence in the government.

Galili ruled, “Due to the current facts, I have not reasonable choice other than employ my authority, according to Likud law Number 28, to order the cancellation of the candidacy of [Netanyahu] in the [leadership] elections December 31.

He quoted a verse from the Torah – “You shall not place a stumbling block before a blind person…[Leviticus, 19:14″ – to state that “my decision is given by the authority invested in me according to the Likud law cited above. I ask {Netanyahu] to note that ignoring the decision is liable to be construed as breaking a law that provides for punishment of two years in jail.” 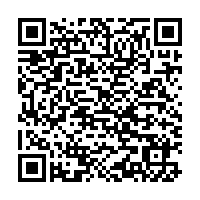