In 1994, Israel introduced a law that required hospitals obtain a special government license to purchase or use an MRI (Magnetic Resonance Imaging) machine to treat patients.

This law was specifically passed to limit the number of MRI machines in Israel to one per 750,000 people.

The Labor-led government’s logic was to prevent MRI machines from being “overused” and costing the insurance companies too much money. The Labor party was also in charge of the Ministry of Health at the time.

As a result, this much-needed medical tool became unavailable to the many Israelis who needed it, and just as bad, even if you received permission for your much needed MRI exam, you could easily end up waiting weeks before you saw the inside of a machine.

It also resulted in a black-market of MRI machines, where legitimate hospitals surreptitiously acquired MRI machines for other uses such as research, and then moved them over for medical diagnosis, but didn’t report it to the government.

Deputy Health Minister (there is no Minister of Health) Yaakov Litzman (UTJ) has always been an advocate of MRI machines and has done much to increase their numbers and use in Israel.

In 2010, Litzman introduced a plan to introduce an MRI into every hospital in Israel, and managed to get 8 new MRI machines approved that year.

In 2011, Litzman dedicated a new MRI machine, specifically to be used instead of autopsies, which are problematic according to Jewish law.

In 2012, Litzman said he was retroactively approving all the unlicensed and unregistered MRI machines in Israeli hospitals.

Litzman’s latest plan for MRI machine access is to reduce the wait time for getting an MRI exam.

Litzman announced at the opening ceremony of a Terem medical center in Beer Sheva, that he plans to inform the Prime Minister of his newest MRI-related plan which will make the maximum wait time for an MRI exam to no more than 3 days.

This is a (deputy) minister who is doing a good job. 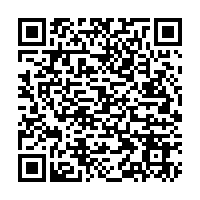