9:31pm The Mt. Hermon ski resort on the Golan Heights will be open for business tomorrow morning — having receiving permission from the IDF.

8:03pm Channel 2 reports that Hezbollah terror cell was located 5 kilometers from Israel, and not within Israel as originally thought.Soldiers in 2nd vehicle were saved after they jumped out of the vehicle when they saw the 1st one attacked. Hezbollah fired 5 long range anti-tank missiles at the cars.Major Yochai Kalangel is survived by his parents and siblings in the community of Elazar, Gush Etzion. Yochai’s pregnant wife and 1 year old daughter live in Har Gilo.

Captain Yochai Kalangel, (25) son of Yossi and Malka Kalangel, from the community of Har Gilo. (posthumously promoted to Major)

May their memories be a blessing and their deaths avenged.

7:13pm Channel 2 reports: In this morning’s Hizbollah attack, Kornet anti-tank rockets were fired at the IDF vehicles from within Israel….the road which the IDF forces were on is a civilian road — which is why the IDF vehicles were not armored.

5:30pm YNET reports that the IDF is investigating the possibility that an RPG/anti tank weapon fired today against the IDF forces this morning — was fired from within Israel in the Har Dov region.

5:26pm IDF has declared the region from Kibbutz Dafna in the Northern Galil to the Druze Village of Masadeh in the Western Golan Heights to be a closed military zone.

4:28 pm Released for publications: 2 IDF soldiers were killed in the attack on Har Dov today.

2:28pm Reports of IDF tanks and APCs on carriers…going North.

2:16pm Despite Lebanese News reports, the IDF has reiterated that no IDF soldier has been kidnapped in the Hizbollah attack on Northern Israel.

1:50pm IDF Spox: IDF hit Hezbollah target in response to the firing on Israel. This is in addition to the IDF’s immediate response of firing at the source of enemy fire.

1:41pm Residents of Metulla allowed to leave their homes.

1:04pm IDF continuing to fire at Hizbollah positions in Lebanon in the Har Dov area.

Schools in Northern Israel in the area of the attack are now sending home students early, in accordance with orders from the IDF.

1:00pm Ongoing shooting from Lebanon towards the Har Dov area of Northern Israel…the Hizbollah terror attack is still going on. The evacuation of skiers from the Mt Hermon ski resort is still ongoing.

Wounded have been medivac-ed to Rambam hospital in Haifa. IDF reiterates that no successful kidnapping took place.

Residents in the area of the attack are still required to stay locked in their homes at this time.

12:55pm Prime Minister Netanyahu and Defense Minister Yaalon on their way to the Kirya/IDF Central Command Center/Defense Ministry in Tel Aviv to weigh Israel’s response to the Hizbollah terror attack.

Residents instructed to stay in their homes in the area of the attack in Northern Israel.

12:38pm Smoke rises from area where attack took place in Northern Israel….Lebanon reports that IDF fired over 20 shells into Lebanon in response to the attack

12:31pm Reports that IDF searching for a terror tunnel near Zarit in Northern Israel.

Hizbollah takes credit for the attack.

Police have blocked road 99 in all directions.

Reports that a Sr. IDF Officer has been wounded in the attack.

The IDF Chief of Staff has called for a special meeting of the IDF General Staff to discuss the attack and Israel’s response.

12:20pm Working assumption at this time that this attack was a kidnapping attempt of IDF soldiers (that was unsuccessful).. IDF firing at terrorist positions with IAF support.

IDF and IAF are at top alert status.

12:14pm Reports that the initial RPG attack was to divert attention from an additional attack…Reshet Bet Radio reports IDF preparing significant response. Reports of wounded continues to rise — now at 9 — 4 in critical condition, 5 in serious condition.

12:05pm Ongoing Updates: Reports of 7 wounded, some seriously on Israel’s side of the border. IDF forces returned fire.

More details as they become available. This is the most serious and significant security incident in Northern Israel since the kidnapping of IDF soldiers in 2006 which led to the Second Lebanon War.

11:56am Breaking News: Serious Security Incident in Northern Israel; residents in Metulla and Kibbutz Snir ordered into homes for lockdown…gunfire at IDF vehicles….2 on fire….initial unconfirmed reports of wounded. 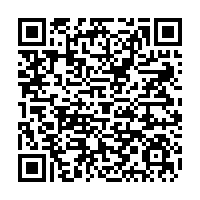