Israel is in the process of preparing the infrastructure and capabilities needed to start operating its first F-35 Adir (Heb = Great) stealth strike fighters by the end of 2017, Defense News reported. The first pair of Adirs will arrive by December 2016, and fly out of the IAF Nevatim Air Base in the Negev.

According to the IDF blog, the new squadron of 19 F-35 jets will be incorporated into the Israeli Air Force beginning in 2019. The newly engineered fighters are a step up from the F-16I, especially with the addition of new state-of-the-art stealth technology and avionics. Each F-35 unit costs around $110 million, according to the Israeli defense ministry.


Steve Over, Lockheed Martin director for F-35 International Business Development, said that even though Israel will have “plenty of capability to do light maintenance in-country,” heavy maintenance of the Adir airframes and engines will be done at Joint Program Office-managed, company-established facilities “just like we do with all our other partners.”

“When you tear an airplane down, you expose its magic,” Over said bluntly. “So that type of work must be performed in designated places.”

Perhaps betraying their reservations about what usually happens the American weapons after the Israelis lay their hands on them, Lockheed executives said Israel would be able to add specific capabilities or upgraded functions—which the Israelis love doing—as long as it did not affect the overall design or the aircraft software. As Over put it:

The Israelis have an ability to do some unique things. But anything wholesale that would impact the design or capabilities driving all the airplanes for all the countries would have to be done by consensual agreement.

The IAF is preparing to send its first group of pilots to train in Arizona next year, at the Luke Air Force Base. At the same time, the IAF will be sending dozens of maintenance professionals to train at US Air Force logistics bases at Eglin, Florida, according to Defense News.

Washington has approved 75 F-35s for export to Israel, of which the IDF has contracted for 33, hoping to be able to absorb another 17 planes by 2020, according to Defense News.

According to the IDF blog, The stealth technology allows the aircraft to fly practically unnoticed by any enemy. For many years, these systems were too expensive to be deployed on small aircraft; therefore they could only be used on larger and more expensive bombers such as the B-2 or the F-117. The newly developed F-35 allows the incorporation of these features at a low maintenance price.

The F-35 is also manufactured with improved electronic systems onboard. Sensors including various radars, infrared systems, and active electronic warfare systems are all mounted on the aircraft during production. They serve as an integral part of the plane and not as “add-ons” which is common in other aircraft.

With these improvements, the IAF pilots will receive a more precise and complete picture of the battlefield in real-time. It will allow them to better position themselves and give them the advantage to come out on top of every mission they must face. 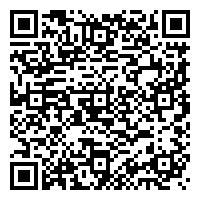