Meet an interesting solution to the eternal problem of folding laundry – the next generation’s handy dandy robot, created by a California-based startup called “FoldiMate Inc.”

Founded in 2012, the company has created a robot to sort out the lives of this generation’s fast-moving folks who don’t have time to fold their own laundry – or most of it, anyway.

The robot doesn’t do baby clothes, and it doesn’t fold big items like bedclothes. It doesn’t come cheap, either: the price tag is $980.

But for those who have no time and have a lot of laundry, it still may be worth it, because even though the robot is about the size of a standard washing machine, users only have to feed each item into the machine and watch it fold it right up – even medium-size towels – at a rate of around 25 items in under five minutes.

That’s basically an entire load of laundry in less than five minutes, and one can theoretically train one’s children to do the feeding. Or one’s husband . . .

Pre-orders are being accepted for shipment later in 2019, the company says. Starting Tuesday, the robot can be seen at the Consumer Electronics Show (CES) in Las Vegas, till Thursday.

INTO THE FRAY: A Choreographed Coup—with the Law as a Prop 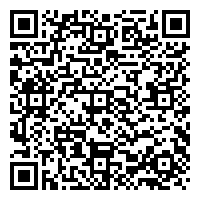