The Chinese manufacturer of the drone that crash landed on the White House lawn earlier this week is upgrading its product so that it automatically will be disabled within a 15.5 mile radius of Washington.

That is good news for the Secret Service, which won’t have to worry about pulling out sub-machine guns to shoot down drones over the White House.


The drone that crashed on the White House lawn in the pre-dawn hours was piloted by a government employee, who was drunk. He was not arrested

DJI, based in China, said it has developed a code to make a designated area off limits for drone pilots.

Drones have become popular as toys for children who do not want to do something more constructive, such as building a drone out of Lego, and they also are great for drug dealers.

One of DJI’s drones was found last week near the U.S.-Mexican border with an illegal drug taped to its body.

Super Bowl fans have been warned not take drones to the big game this Sunday.

“With the unmanned aerial systems community growing on a daily basis, we feel it is important to provide pilots with additional tools to help them fly safely and responsibly,” said DJI spokesman Michael Perry. “We will continue co-operating with regulators and lawmakers to ensure the skies stay safe and open for innovation.”

President Barack Obama now does not have to worry about drones interfering with his sleep at night, but maybe he should buy one of those drones to improve his golf game.

All he is to do is place a golf ball on the drone’s delivery system and aim it for the 17th tee.

The video warning against drones at the Super Bowl can be seen below.

How Are They Going to Fit That into There? 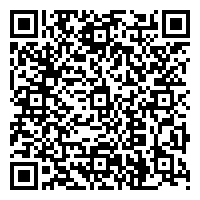