(JTA) — The man suspected of assaulting a Jewish leader in Brooklyn has been arrested.

Shawn Schraeder, 25, was apprehended late last week in St. Louis, Mo., ABC News reported. He was returned to Brooklyn where he is awaiting arraignment, according to ABC.


Leonard Petlakh, the executive director of the Kings Bay Y, was attacked allegedly by pro-Palestinian protesters following an exhibition basketball game between the Brooklyn Nets and Israel’s Maccabi Tel Aviv at the Barclays Center on Oct. 7.

Fans verbally sparred inside the arena as the game was ending when pro-Palestinian protesters began shouting slogans and a pro-Israel fan grabbed a Palestinian flag from one of the protesters, Petlakh told JTA at the time of the incident.

As the crowds spilled out of the arena and onto the street, one of the protesters took a swing at Petlakh, who was with his 14- and 10-year-old sons. His nose was broken and he required eight stitches.

Schraeder is accused of punching Petlakh, but he is not being charged with a hate crime because police no longer think bias was involved, according to ABC.

New York State Assemblyman Steven Cymbrowitz criticized the decision to not charge the suspect with a hate crime.

“I’m pleased that police arrested a suspect in the brutal attack on Leonard Petlakh but I find it disturbing that they do not plan to charge him with a bias crime,” Cymbrowitz said in a statement. “Given the anti-Semitic nature of this attack, I urge authorities to reconsider this decision. I will be calling on the district attorney to treat this as a bias case and seek the harshest penalties that are allowed under the law.” 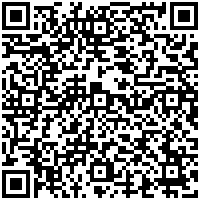